10 Astonishing Facts About Our Planet's Status Quo For The Environment

Many people do not understand the extent to which we are destroying our planet, so are skeptical about the need to take action to protect it. But after reading these ten astonishing facts about our planet's status quo for environment, we think you will realise that something has to be done – urgently.

What are the facts about our planet's status quo?

2) In order to meet our current consumption patterns each year, we need the regenerative capacity of 1.6 earths. We are consuming far more than our earth can handle! (Source: WWF Living Planet Report 2016)

3) Every year, around 8 million tonnes of plastic waste is dumped in the ocean. This number is on track to double by 2025. This is equivalent to 15 large garbage bags for every metre of coastline. (Source: WWF Living Blue Planet Report 2015)

4) Coral reefs are projected to completely disappear by 2050 as a result of climate change. Over 25% of all marine species depend on them, but as we continue to warm and acidify our oceans, they’ll diminish completely! (Source: Reviving Ocean Economy Report and WWF Living Blue Planet Report 2015 )

5) Fishing is causing the ocean’s animals to be wiped out. For example, Pacific Bluefin tuna numbers have decreased by more than 95%. (Source: FAO 2014 State of the worlds fisheries)

7) It has been reported that over 50% of the world’s marine turtles have plastic or other human rubbish in their stomach. (Source: Science Daily) (Read our article on straws!)

8) 2016 was the hottest year on record – and around 50% of the summer sea ice cover in the Arctic has already been lost. Still have doubts about whether climate change is real? (Source: NASA,  Summer Arctic Sea Ice)

9) 97% of wild tigers and over 90% of wild orang-utans have been lost. Also, 30% of species on this planet are threatened with extinction.(Sources: WWF Tigers Page, WWF Orang-utan Page, IUCN)

Inspired by the “10 Astonishing Facts About Our Planet's Status Quo For Environment” and keen to learn more?

Feel free to share these facts with your friends and families to inspire them as well! 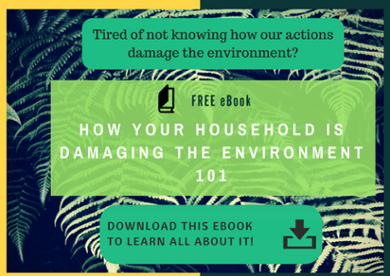 Check out our blogs on Environment!

Everyone at theECOFAM loves the environment and we are sure you do as well! We understand that being eco-friendly at home can present some challenges and that is why we are here to make it easy for you. We will provide you with everything you need to have a greener lifestyle.